Get fresh music recommendations delivered to your inbox every Friday.

Inversion of the Unseen Horizon 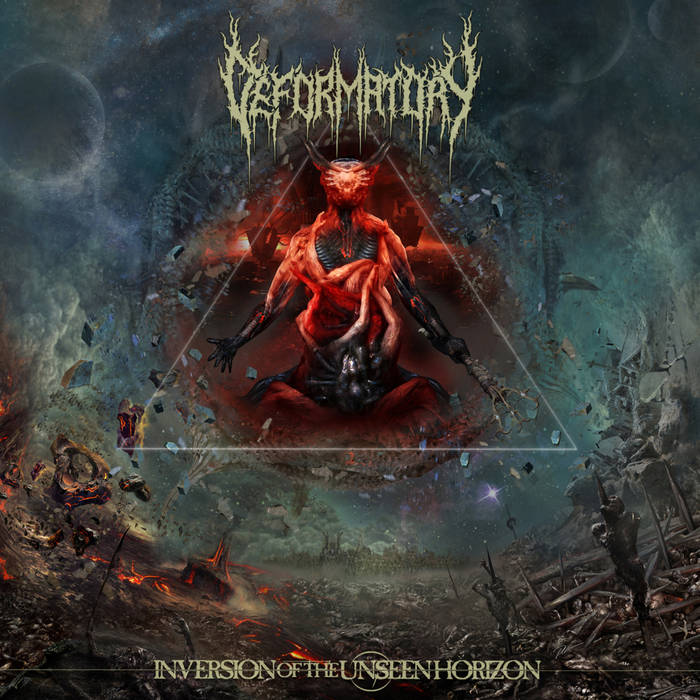 Ben once again these guys pummel you with unrelenting brutality from the first note. I've become a huge fan since discovering these guys. In my opinion, the most brutal and face melting band from Canada! in a world of toilet gargle vocals and repetitive OSDM this album is fresh, yet familiar in what we've come to expect from Deformatory. stay brutal 🤘

dareel_thing I don't think it is possible to pick one single track on this album to be my favourite. It starts brutal and fast, and maintains that level of brutality I have come to know and love across all of the work by Deformatory. Absolutely a 10/10 album.

Joao Miguel Sebastiao This one took me by surprise. Not only did I receive it one month before its official release, it is also one of the most gripping death metal albums I have listened to this year. A band that has the chops and knows how to use them to devastating effect. Performancewise, everything is on point. Really good stuff

In our previous album MALEDICTION, we explored the concept of Savael, a truly maleficent entity that possessed the angel Lucifer, consumed his corpse, and became the embodiment of who we call Satan.

Savael, however, was not an anomaly, nor was he a single omnipotent being, working on his own volition.

In fact, he was but a mere droid in a complex hierarchy of vile entities, known as The Ce’naxors.

They are crafted, and programmed to infiltrate distant planets and societies, to infect their purity with darkness, and ensure their carefully orchestrated annihilation is carried out.
Savael was dispatched from their planet, which lies in the Fifth Dimension, called Cyru’xil in order to fulfill their cosmic design for Earth.

INVERSION OF THE UNSEEN HORIZON explores the origins of The Ce’naxors and the ominous landscape of their home planet, Cyru’xil, revealing their Arkitekt’s grand scheme for multiversal decimation and atomical consumption.

The Unseen Horizon is their planet, their beings and their plan.
The Inversion intimates it coming into view, from an otherwise hidden perspective.
◘◘

DEFORMATORY - Inversion of the Unseen Horizon

╫ Chapter I - INCEPTION: THE CYRU’XILEAN NEXUS ╫
1. WITHIN THE ASTRAL ABSCESS
2. BEHOLD, THE APEX OF DECAY
3. ENGINEERING THE WVRMHORDE

╫ Chapter III - INVERSION: THE HORIZONAL REFLECTION ╫
7. DECIPHERING THE ARCHETYPE
8. IMPALED UPON THE CARRIONSPIRE
9. BEYOND THE ABHORRENCE


All music & lyrics written by: DEFORMATORY

Additional vocals on Summoning The Cosmic Devourer by MPL
--

Bandcamp Daily  your guide to the world of Bandcamp